Suddenly, a previously rather obscure invention entered the mainstream, and it appears it is here to stay: further news in 2021 included the sale of the first tweet made on the platform Twitter as NFT on 22 March for USD2.9 million, the sale of a set of “Cryptopunks”-NFTs, also auctioned off by Christie’s, for USD16.962.500,00 on 11 May, or the sale of the piece “ringers#109” by artist Dmitri Cherniak as NFT for USD7.117.908,00 on 2 October. Big numbers, and these are just a few of the high-profile trades made with NFTs in 2021.

Just as well, the first legal proceedings have surfaced: London curator Ben Moore caused controversy when creating and selling, allegedly without permission, NFTs from actual real-world art pieces made by artists such as Amish Kapoor. Hollywood Studio MIRAMAX is reported to be on the fringe of a legal battle with director Quentin Tarantino, who went public with his plans of selling select pieces related to its MIRAMAX-produced 1994 movie “Pulp Fiction” as NFTs. Also, fashion house Hermès is trying to prevent third parties from creating and selling NFTs making use of their famous “Birkin bag”, while sportswear manufacturer Nike is battling allegedly illegal NFTs created using Nike’s collector series’ sneakers.

But what exactly are NFTs? The acronym translates into “non-fungible token”, which in turn is, at its core, code. However, this code is special, as it is embedded in blockchain technology. As we know, blockchain is a decentralized registry which operates “blocks” of code stored in pieces virtually across the globe, which in turn need to communicate to function as whole. They serve as continuing, extendable proof of authenticity within their chain of blocks, which makes it (at least very) counterfeit-proof.

Blockchain technology can be and has been successfully used in numerous use cases, the most prominent being crypto-currencies such as Bitcoin and Ethereum. There is, however, a difference between crypto-currencies and NFTs: Bitcoins are generic and interchangeable, they can be, theoretically, reproduced at will (though the overall amount of Bitcoin is ultimately limited, as per the rules of its creators). Just like a one-dollar bill, it doesn’t matter if one owns one Bitcoin or another, as they share the same outside value and do not differ in any aspect other than their serial number.

NFT`s however, are singular and unique. Using smart contracts on the blockchain, the code is an individual piece which is not interchangeable – not fungible – with any other code. This non-fungible code can serve as a token for limitless means and purposes, making the code and, consequently, what it represents individual and unique.

A world of opportunities

In our digital world (almost) any information – be it pictures, words, music or moving images – can be digitalized, i.e. transferred into data. Data is ubiquitous and can be copied and multiplied at will, the only limitations being the (ever-expanding) availability of data storage capacity. Consequently, while a piece of art such as Leonardo da Vinci’s painting of the “Mona Lisa” only exists once in “real life” on canvas, digital technology enables us to multiply and reproduce digital assets in endless numbers, without a loss of quality compared to the first copy.

So far, this has been a decisively limiting element to monetizing any form digital art. Because while one may try to find ways to prove authenticity and to try to prevent reproduction of a digital asset by employing security and rights management technology, experience has shown the idea of a unique “digital original” as elusive.

The advent of NFTs changes this fundamentally: by using the possibilities of blockchain-technology, digital assets now can be non-fungible digital originals. An NFT is counterfeit-proof and enables secure identification of an individual, unique digital asset. It can serve as proof of its authenticity and its provenance, thereby certifying that the asset indeed is the one unique, sought-after special piece of data, and not just any other copy among millions of copies.

Overall, NFTs open up a new chapter of digitalization. They make digital assets, which previously were nothing else than limitlessly copyable pieces of data, special and unique. Now, digital assets can attain value beyond the value of the actual information they contain. They can be made valuables in their own right, thereby opening up a whole new – digitalized – world of opportunities for artists, distributors and consumers alike.

Of minting, tokenizing and dropping

However, as proven by already existing legal proceedings mentioned above, this new world of possibilities brings about a number of legal questions, which remain to be explored.

First and foremost: what is an NFT, legally speaking? It is, at the end of the day, just data. And by concept, data cannot be the property of a single person, as it is a collection of information which as such must remain in the public realm.

If data itself cannot be property, one needs to look at what the data – the code embedded in the blockchain technology – represents. It is technically possible for an NFT to contain the digital asset itself, e.g. the digital artwork, the piece of sound or audiovisual recording. This would, of course, lead to a lot of data to be stored in the blockchain. However, one needs to know all code in a blockchain needs to be reprocessed in full any time it is subject to change – meaning that a full reprocessing would be needed any time an NFT is subject to a commercial transaction.

The more data is to be reprocessed, the more difficult, time-consuming and costly the process will be. Accordingly, the digital asset itself will only very rarely be codified in the blockchain. Instead, the NFT will indeed only be a “token”, as it will function as an individual, unique and counterfeit-proof key to the digital asset it represents. In other words: the person who owns the key, owns the asset – provided the key itself can be property.

In any case, it is questionable who is entitled to create an NFT by “minting” its code in the blockchain. And in the same line, it is subject to legal debate who is in the position to rightfully “tokenize” a digital asset, i.e. “mint” an NFT that can serve as token to such asset. Once “minted” an NFT will see its first “drop”, i.e. its public release for sale.

If a digital asset is directly minted into an NFT, there is relatively little doubt such asset and its elements are affected legally. However, does the same apply when the NFT merely acts as key to the digital asset? In any way, if the asset or its elements are subject to prior existing legal protection, e.g. by copyright, design or trademark laws, these certainly have to be obeyed – if they are indeed infringed by the action. Looking at copyrights, for example, this can be subject to debate: are the acts of “minting” and/or “tokenizing” indeed acts that are relevant under copyright law? Who is entitled to a “first drop”, and who might make further “drops” later on? Being a very new means of exploiting and working with art, codified law itself offers no clear answer to this question.

Looking at trademarks, the answer will depend on whether or not minting, tokenizing or dropping an NFT will constitute relevant usage of the trademark. Clearly, brands will take this position, as shown be the cases encountered by Hermès and Nike mentioned above. Also, just as clearly, third parties will take the opposite stance and may rebuke by arguing that the trademark has been previously exhausted through selling the products.

Similarly, copyright does not offer a clear answer to the questions being raised either, posing the very basic question if the world is looking at a new, distinct means of exploitation. At least when looking at the act of “tokenizing”, one might take the stance that merely being a key, the NFT does not impede on the digital asset, i.e. the copyrighted work itself. If this were true, “tokenizing” might be open to anyone who is capable of doing so. This probably is the approach taken by London curator Ben Moore mentioned above, who tokenized various pieces of art he was exhibiting, without asking artists for permission.

On the other hand, one might argue that this kind of making use of third-parties’ work should not be freely allowed, as it would cut off artists from sources of income they should rightfully participate in.

Clearly, as mentioned above, Quentin Tarantino thinks so, when planning to “mint” cut parts of “Pulp Fiction” into NFTs.

The latter thought certainly becomes a factor after the first drop: if a unique piece of digital art is “dropped” i.e. released for the first time, it has found its way into the public. It can and certainly will at some point in time be traded.

The rights to accession and to further control a real-world piece of art by means of copyright is limited, as it is balanced out with the property rights to the object. However, these principles are not directly applicable to the digital world. Accordingly, an artist or its distributors will certainly seek to prevent, steer and effectively participate in the receipts of future exploitation of his NFTs. Looking at the steadily rising prices the heavily traded “Cryptopunks” mentioned above achieve, participating in future receipts of NFT across their whole lifecycle is certainly desirable to anyone involved in “minting” them.

NFTs are indeed new. Technical progress has given the world a plethora of opportunities to artists, distributors and consumers alike. This comes with a vast number of open legal questions, which remain to be settled. While they mostly focus on aspects of copyright as of now, there are numerous other legal aspects to be explored. These comprise of all fields of so-called media and entertainment law, as diverse as trademark and design law, data law and questions of data ownership, data protection, information technology law and IT-security and last not least e-commerce law. Anyone with the desire to venture into the world of NFTs should seek the company of media law experts before setting sails.

The Arts in Digital Times: NFTs

Only two years ago, asking people what the acronym “NFT” means would very likely have been met mostly with blank faces and shrugged shoulders, at least outside a very limited, tech-savvy crowd. This has changed in the aftermath of 11 March 2021. On this day, an auction offered by renowned auction house Christie’s ended, and its results made headlines across the world: an NFT – the piece “Everyday” by an artist named Beeple was sold for the astonishing sum of USD69.346.250,00. 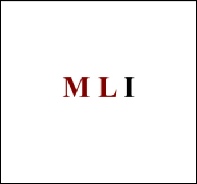 Dr Tim Kraft studied law in Germany and the UK. Doctorate with thesis on competition law based compulsory licenses at University of Cologne. During work on thesis work at a major commercial law firm in Düsseldorf and a world sales company for audiovisual content in Cologne. 2006 in-house counsel for international licensing at Kinowelt GmbH, Leipzig. With German children’s television broadcaster “SUPER RTL” in 2008, from 2013 on in the role of Head of Business & Legal Affairs. Joined Lausen Rechtsanwälte in 2020, with focus on the crossing of data and media law. Activities as a lecturer and expert speaker at the University of Bonn, SAE Institute Cologne and the Akademie der Deutschen Medien.