The Mexican government opted for an almost non-existent level of economic support to struggling businesses around the country, from taxi drivers to airlines to hair salons and movie theaters.

2019 made records in the number of cinematographic productions in Mexico, with 206 films and over $900 million in box-office revenue for movie theaters. While the total of film productions in Mexico during 2020 is still unknown at this moment, the cinema industry association has already announced a 80% decrease in box-office revenue as of 31 December.

One large movie theater change recently announced a permanent shut-down of all of its movie theaters in two Mexican states, after it has been reported that major shopping mall outlets have denied aggressive renegotiation of lease terms to major tenants, even despite pandemic-related shutdowns.

But among the dramatic bad news and gross mismanagement of the pandemic by the Mexican government from the health and economic perspective, the daily morning propagandistic report by Mexican President Lopez and the abundance of media coverage on corruption scandals and the warming up of the political arena for the 2021 intermediate elections in Mexico have kept (and continue to keep) media outlets busy for the most part.

The industry was not absent from market consolidation and dispute activity, and Mexican group Corporativo Coral, owned by the Aleman family, acquired 50% of the equity stake in Grupo Radiopolis (owning 17 broadcasting stations) from Grupo Televisa, only to start a shareholder battle for control on management of the group with the owner of the other 50%, Spain-based Grupo Prisa.

On the legislative front, the initiative to impose local content quotas to OTT has been left stagnant in congress, but local taxes to OTT platforms, including those based abroad, have been successfully imposed as part of a global trend that seems irreversible.

Also, the video-game industry finally received the much-anticipated publication of videogame rating standards, which in great part mimic standards from the USA’s Entertainment Software Rating Board, with some minor mismatches regarding specific age requirements.

Most recently, the early days of 2021 saw a new initiative of bill of law to regulate social media platforms, including the need for platforms to obtain authorization from the telecoms regulator prior to operating in Mexico, the obligation to double check content take downs with approval from the regulator and creating intra-company supervision and take-down review teams.

Overall, there is a wait-and-see approach in the business industry, while some groups are exploring growth opportunities and discounted sales.

Year 2020 and the onset of year 2021 have resulted in the most uncertain times that most of us can account for. Businesses left and right have struggled to adapt to a new reality and thousands have disappeared. Mexico has suffered a massive loss of life from the Covid-19 pandemic, currently placed as the third country with the highest amount of reported deaths and leading, by far, the case fatality ratio of all countries in the world. 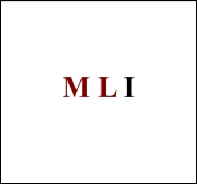